← BlackStar will return
Black Star back in Ri Ra →

I have some news to put up on here. Firstly the Judge Dredd story that I am working on with Owen Watts for Zarjaz is coming along nicely. Owen is about half way though the comic now and he has sent me on the first two pages which look great.

I am going to have a story in Zombies Hi. It is a three page story and it will be drawn by the very talented Kevin Logue. Here is the Zombies Hi Facebook page and you can also pick up a copy of Issue One and Two over on Kevin’s blog.

And finally we have a bit of a change up on the Nestor comic. Issue One will not be drawn by Mike Ball as I said before. Mike is now gonna be working on a story set in the Blackstar Universe which will appear in Issue Four of Ri Ra. Taking over for Mike will be Paul McCallan. I have worked with Paul on a past issue of FutureQuake and his art is excellent.

Here are a few sketches that he has sent me of the main characters in the book. 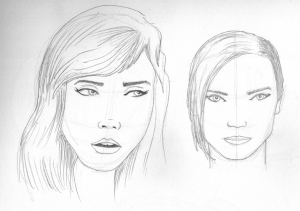 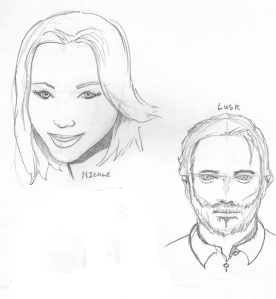 Mike Lynch is an Eagle Award Nominated writer currently based in the West of Ireland. His worked has appeared in the Irish language comic Ri Ra, FutureQuake and he is currently working on three new comics for Coimici Gael. The war anthology Wire and Gas, the two issue Horror comic Nestor and the Irish Super hero comic Black Star.
View all posts by mikeplynch »

Posted on September 4, 2011, in Uncategorized. Bookmark the permalink. Leave a comment.

← BlackStar will return
Black Star back in Ri Ra →